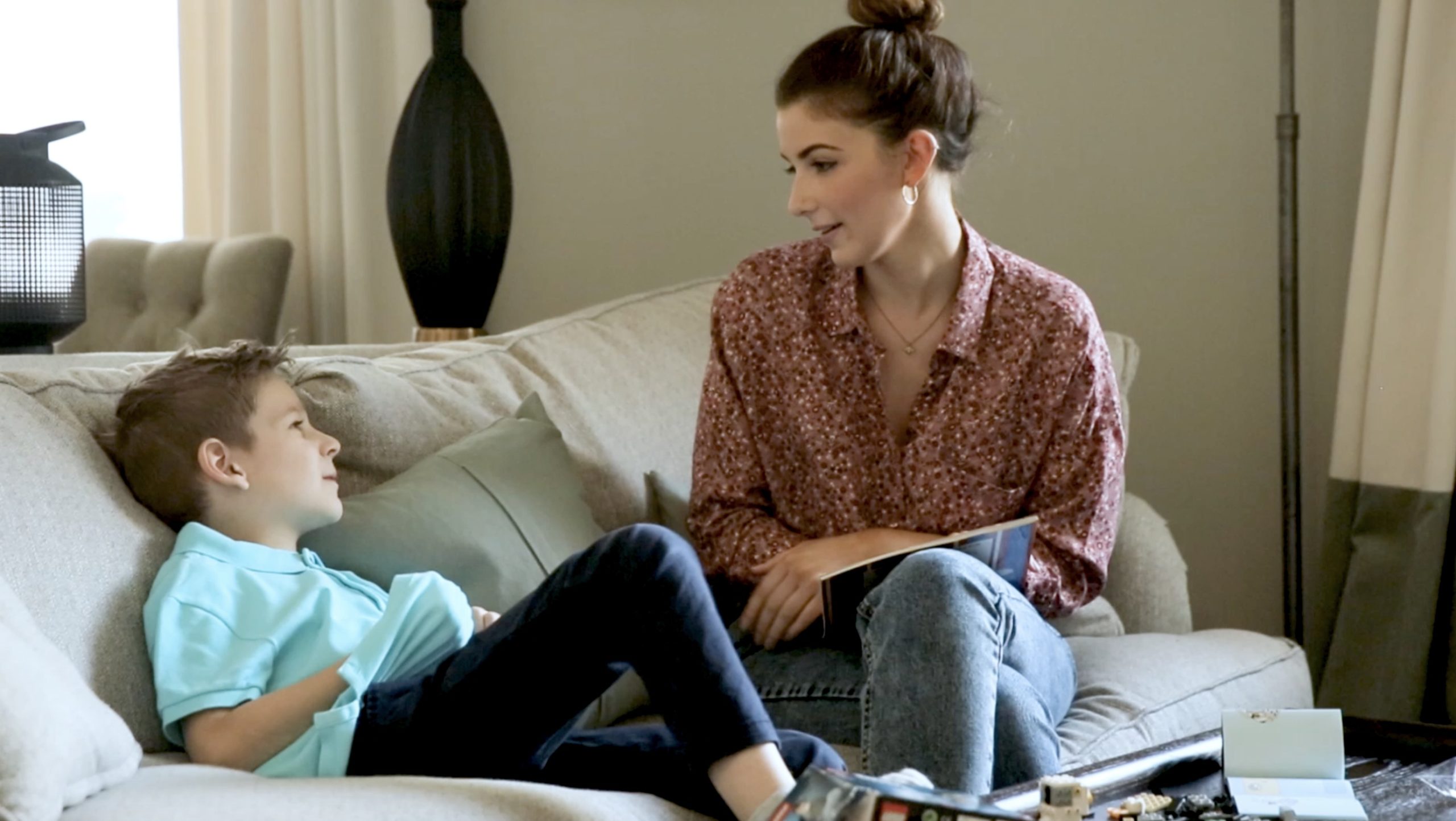 Life with an English governess: A personal report on my child’s progress and our family’s experience.

Our experience with a bilingual English Nanny in Moscow and our results after 2 years!

We are a Russian family living in Moscow. My son Sergei recently turned 8 years old and he is now fluent in English and French (as well as his native Russian). Our amazing English governess helped us achieve these results. I want to talk about our personal experience as a family living with our governess Stephanie. I hope it will be interesting for you and your family!

My husband and I always knew that my son would need to be able to not only speak English, but also to be capable of studying in English. We were aware that as he grows up English would become an essential part of his education. Of course, in modern society, communication in English has become the norm. 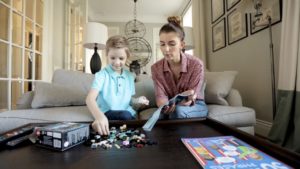 I therefore decided that Sergei would begin by studying English for a couple of years. When he had a working knowledge of English I would introduce French lessons alongside his English studies.

How we started learning English:

When my son was 2 years old and had already begun to speak in our native Russian, I began to look for options for studying English. There are now a wide selection of private kindergartens in Moscow where kids can study in English, French, Spanish, German or Chinese.   I supposed that English lessons in a private children’s club would be enough for us, so up until three years old, I took Sergei to English lessons there 3 times a week. I asked our Russian nanny to study English with him at home alongside the lessons. They studied English words on flashcards and pictures and learnt simple songs and rhymes. By the age of three, Sergei had some basic vocabulary, but it seemed that he still could not speak in full phrases. They even set out some themed actives based on his favourite Harry Potter characters in a treasure hunt he loved!

At this point, I decided that a more intensive study of the language and an immersive language environment would help him to improve his level of English.

I chose an English kindergarten for my son, where for half of each day the children spoke only English. The groups were mixed between Russian natives and foreign children. The main issue we had was that Sergei would often speak with his fellow Russian classmates, hindering the language immersion we were looking for. In kindergarten, there were many interactive classes and children prepared various performances (poems and mini-shows) for the parents in English. After a year, I saw a little progress: my son again increased his vocabulary level and had now learnt various children’s English songs and rhymes. However, I did not notice great results in his speech and he was still reluctant to speak English when we travelled. The groups in the nursery were very small, and the teachers were native speakers but we had still not achieved what we were looking for.

When we met with our English-speaking friends and their children, my son told me that he did not understand them. When the other children were playing and speaking, he was shy and found it difficult to join in. Later, at home, Sergei admitted that he did not like to communicate in English. It seemed that this discomfort was caused by a lack of knowledge and understanding. Despite two years of English nursery, Sergei’s level of English was still at a fairly elementary level. 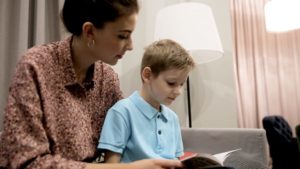 That same year on vacation in the UK, we met with our friends, a Russian family with two children of around Sergei’s age.

To my surprise, both children spoke English fluently. In the cafes and in the parks they confidently spoke to the local people without any fear, with no problems in understanding and, as far as I could tell, without any Russian accent. I was amazed at how easily these children were able to maintain a dialogue with English speakers, at only 6 and 8 years old! It turned out the family had hired an English governess 18 months previously. She spent all day with the children and spoke exclusively in English. My friends explained that the language learning progress had happened in only a year and a half of life with a governess.

My friend informed me that she had used the services of EED, an agency specialising in the selection of nannies, governesses and teachers from the UK and other countries.

Upon our return to Moscow, I did not hesitate to call the agency. During the consultation with the manager, I was asked to describe our goals and plans in learning languages and my views on Sergei’s education as a whole.

Searching for a governess with the agency

While children can learn two or more languages ​​simultaneously with the right approach, the agency suggested putting a little more emphasis on English for the first year. Our consultant from EED assured me with daily communication in English my son would show great signs of progress that would be noticeable after 3 months.

Soon after, I received several candidates to choose from. I selected an English governess – Stephanie. After several Skype interviews arranged by EED she struck us as a candidate who my husband and I felt we liked immediately- a bilingual governess who spoke English and French. She met us for some trial days and it became clear that she found a common language with my child and quickly won his trust. 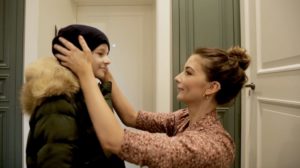 Sergei was 6 years old when we hired Stephanie as our governess. We continued to send him to the English kindergarten. My son’s daily routine generally began with getting up at 8 in the morning followed by breakfast and kindergarten. Our governess picked him up from nursery in the afternoon and stayed with him until his bedtime at 8pm. All this time my son was immersed in English with Stephanie, speaking in English and a little in French. They went on walks together, took small trips, played and read, amongst other activities.

English governess with the child at school

When Sergei was 7 years old he went to school. Stephanie began to spend more time with Sergei, starting with him after lunch at 13:00. She would meet him from school and together they returned home, dined, attended additional classes (football, swimming, chess), and then returned home and completed homework. Stephanie organised short, fun English and French lessons for Sergei in the evenings to ensure his continuing development. In subjects such as Mathematics, History, Geography, Science (and, of course, English) she helped with homework and projects. When Sergei was Studying Russian he would also teach Stephanie some Russian words, which he loved to do. He would even try to explain proverbs and sayings to Stephanie, which was a very fun activity for us as a family!

English and French: Best in Class

At school, Sergei also continued a more formal program of studying English and French. Is it worth mentioning that in these subjects, thanks to his immersion with our governess Stephanie, he was always one of the best in the class. He was at a similar level of language to the other pupils who had their own foreign nannies and tutors.

Sergei’s French progress was also excellent. He would often tell me that English and French are very similar, just with slightly different words and pronunciation. Perhaps in his viewpoint, this is true!

Two years have now passed with our governess Stephanie working with us. I can say with confidence that we would not be able to have achieved such amazing results without her. She has really become part of our family.

The path we took when learning languages ​​turned out more complicated and slower than it could have been. Looking back, I would organise the process of my son’s language learning a little differently, introducing a governess or even a native English nanny sooner. 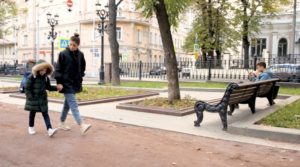 For a successful experience with an English governess, I think the following points are essential:

– The governess should be a native speaker. It is a good idea to find someone with a neutral accent and correct pronunciation. In this way, the child can learn through real speech, not simply through learning and memorising phrases.

– Language immersion: as much time as possible should be spent with the governess during the day. This is the only way to really overcome the language barrier and ensure speech becomes lively, rich and fluent. No lessons and additional classes can cover the necessity of communication with native speakers.

– The importance of hiring a well-qualified and well-educated governess or nanny. It is essential to bear in mind, the university the candidate has graduated from. Along with this the nature of their experience working in VIP/ high profile families. Our governess already had all the necessary knowledge and skills for her job. In her work, she took specifics regarding development and learning styles of children of this age into account, adapting the educational process specifically for my son. This allowed him to progress quickly.

In conclusion, I believe that the time my son has spent with his governess will set him up for every future success. His is visibly more confident and is developing an open and rich world view even at such a young age. Now he speaks freely and confidently with a clear accent; he sounds like a native speaker from the UK. He is equally enjoying his French studies and gets a huge sense of achievement from his language skills.